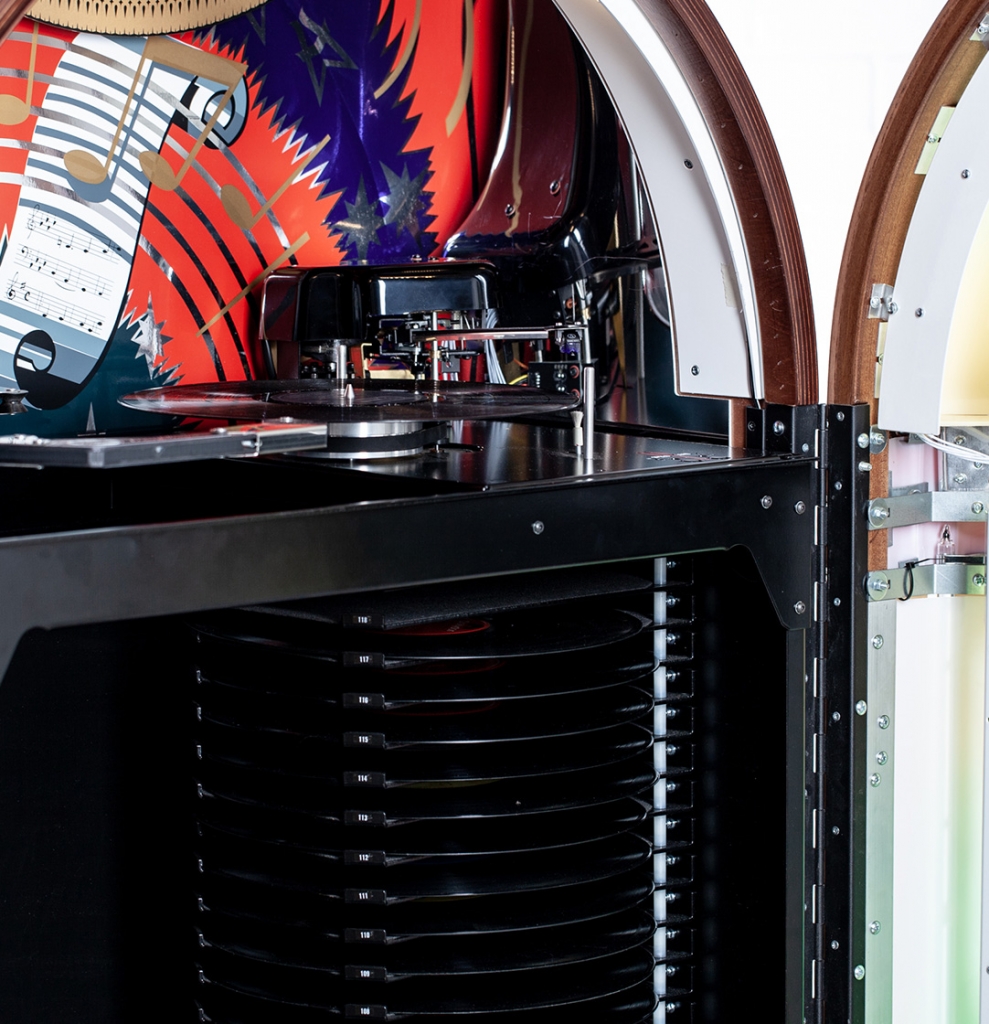 Today on the 23rd Nov in 1889 Mr Louis Glass installed an Edison phonograph in the Palais Royale Saloon in San Francisco. The only modification he had made to the Edison design was that he had adapted it to operate with a Coin slot, charging folks a nickel to listen to the single track that the phonograph played on its wax cylinder. 4 Listening tubes were attached to the phonograph so that only those who paid could listen to the music!
The “jukebox” was born. He called it a “nickel in the slot” phonograph which over time got shortened to the “Nickelodeon”
132 years later we are still wowing the public with the jukebox phenomenon. Things have definitely progressed with modern technology allowing the streaming of Digital audio and video alongside more traditional analogue formats such as 45rpm singles, 33rpm LP vinyl and CD formats. Our Diamond Pack LED lighting allows beautiful colours to be programmed and changed and our Digital D4 power amplifier is specifically designed for use in our jukeboxes and creates the low mellow tones associated with a jukebox.
We think that Mr Glass would be as proud of the industry that he pioneered as we are to be still innovating in it!

Are you sure you don't want to choose any extra options?

Keep up to date with everything happening at Sound Leisure by signing up to our newsletter.